Charles Bridge is a 14th century bridge linking the two sides of Prague, across the Vltava river. One fine morning in April we decided to take an early morning walk to watch sunrise over the famous Charles bridge.

The shot was taken at 5:29 am from the hotel window.

This post is inspired by Jo’s Monday Walk theme.

Exactly ten days ago I posted my entry  “Dramatic Sunrise in Hong kong”  with 3 images for Cee’s fun foto challenge with similar theme.

For this week’s photo challenge  I am gladly presenting a photo of sunrise and a sunset. The sunrise photo was taken in 2014 in Chania at the Greek island of Crete with my Canon powershot A510 camera. According to file information it was taken before 6 o’clock. Photo details: 1/250 sek. f/5,5 23,1875 mm

Thinking about sunrise and sunset I realized that I have observed more sunsets than sunrises. However it was my dream to watch sunrise in Hong kong which is very elusive. Everyday I set alarm but most of the days it was cloudy until the sun was high up. One day I saw glimpses of sunrise. The maximum I could manage 😀

In response to Cee’s fun foto challenge this week.

Things closed to my heart,

My second entry for this week’s photo challenge:

The Øresund/Öresund Bridge is a combined railway and motorway bridge across the Øresund strait between Sweden and Denmark.

The Øresund Bridge is the longest combined road and rail bridge in Europe and connects two major metropolitan areas:Copenhagen, the Danish capital city, and the Swedish city of Malmö. It connects the road and rail networks of the Scandinavian Peninsula with those of Central and Western Europe.

Ammmm a secret, if you are a regular visitor to my blog, you might have seen this last year 🙂

My first entry for this week’s  Photo Challenge

Whole day this place is full of tourists and locals. Sometimes rather overcrowded.

Also this is one the favourite spots among photographers in Prague. Easy to find professional and non-professionals during dawn and dusk.  You find people waiting with/without tripods to capture that perfect moment.

The Charles Bridge is a historic bridge that crosses the Vltava river in Prague, Czech Republic. Its construction started in 1357 under the auspices of King Charles IV, and finished in the beginning of the 15th century. The bridge replaced the old Judith Bridge built 1158–1172 that had been badly damaged by a flood in 1342. This new bridge was originally called the Stone Bridge or the Prague Bridge but has been the “Charles Bridge” since 1870. As the only means of crossing the river Vltava (Moldau) until 1841, the Charles Bridge was the most important connection between Prague Castle and the city’s Old Town and adjacent areas. This “solid-land” connection made Prague important as a trade route between Eastern and Western Europe.

The bridge is 621 metres (2,037 ft) long and nearly 10 metres (33 ft) wide, following the example of the Stone Bridge in Regensburg, it was built as a bow bridge with 16 arches shielded by ice guards. It is protected by three bridge towers, two of them on the Lesser Quarter side and the third one on the Old Town side. The bridge is decorated by a continuous alley of 30 statues and statuaries, most of them baroque-style, originally erected around 1700 but now all replaced by replicas. 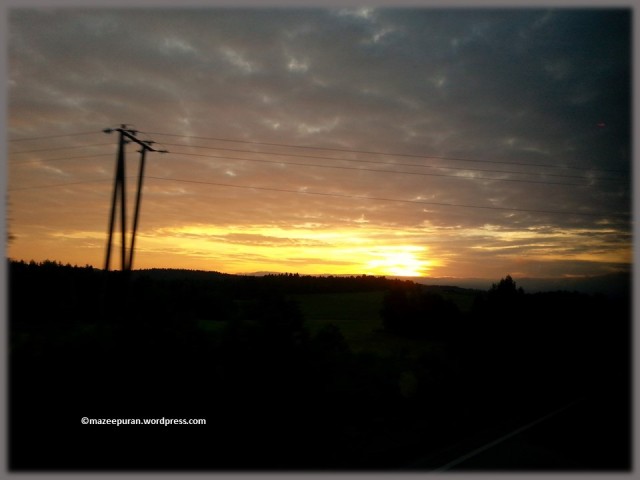